Bitcoin has declined below $21k during the past day as on-chain data shows signs of long-term holders harvesting profits.

Bitcoin Long-Term Holder SOPR Has Spiked Up In Recent Days

As pointed out by an analyst in a CryptoQuant post, profit-taking from long-term holders has previously been followed by local tops in the price of the crypto.

The relevant indicator here is the “Spent Output Profit Ratio,” which tells us whether the average Bitcoin investor is selling at a profit or at a loss right now.

When the value of this metric is greater than 1, it means the holders as a whole are realizing some amount of profits right now.

On the other hand, SOPR values below the threshold suggest the overall market is selling at a loss at the moment.

Naturally, values of the indicator exactly equal to one imply BTC investors are just breaking even on their selling.

Now, there is a Bitcoin cohort called the “long-term holders” (LTHs), which include all investors who have been holding onto their coins since at least 155 days ago, without having moved or sold them.

Here is a chart that shows the trend in the SOPR specifically for this BTC holder group over the last couple of weeks: 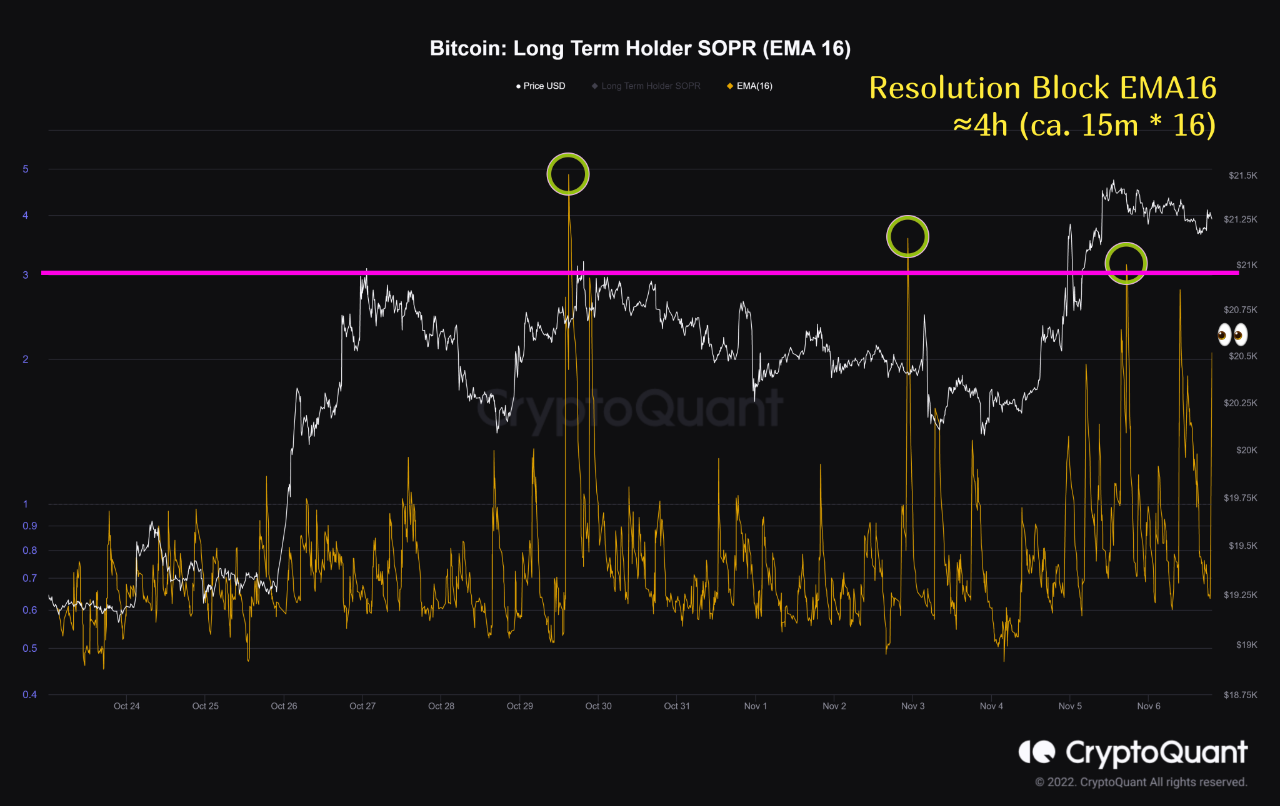 As you can see in the above graph, the LTH SOPR has sharply spiked up above 1 over the last couple of days, suggesting that these holders have been taking some profits.

The chart also highlights previous instances of high values of the indicator during the last two weeks. It seems like whenever the indicator has spiked up to very high levels in this period, the price of the crypto has observed a local top either at the same time, or shortly after.

Since the LTH SOPR values have again risen recently, a local top formation could take place for BTC, if the same trend as before follows now as well.

And the decline may have already started, as Bitcoin has today slipped below the $21k level after maintaining above it during the weekend.

At the time of writing, Bitcoin’s price floats around $20.7k, up 1% in the last week. Over the past month, the crypto has gained 3% in value.

The below chart shows the trend in the price of the coin over the last five days.