Following news that Ark Invest has made investments into Grayscale’s heavily discounted Bitcoin fund, CEO Cathie Wood is doubling down on a bold bet that the top cryptocurrency will reach $1M per coin by 2030.

Is such a lofty price prediction realistic, considering the recent collapse of the crypto market? And can Wood’s call be trusted after the ARK Innovation ETF’s decline that is on par with Bitcoin? Here are all the factors behind the $1M per BTC target in less than a decade.

Cathie Wood says Bitcoin will be worth 1 million per coin by 2030 https://t.co/GQFkjlb8vc pic.twitter.com/L8mw8u0SZO

In an interview with Bloomberg, Ark Invest CEO Cathie Wood was asked about her past prediction that Bitcoin would make it to a price of $1M per coin by the year 2030. Wood, undeterred by the recent bear market in crypto and equities, recommitted to the bet.

Wood says that the recent fallout from FTX and other top crypto firms only helps to “battle test” the “infrastructure and the thesis” of the first-ever cryptocurrency. She adds that Bitcoin comes out of this “smelling like roses.”

The comment is perhaps in reference to how third parties were heavily at fault in the recent collapse, while the thesis for a decentralized future sans any intermediaries has only been further proven.

While Wood herself isn’t skeptical about Bitcoin, she says the situation may cause institutions to hesitate before entering, but ultimately could be “more comfortable” investing in BTC.

Take the Ark Invest CEO’s comments with a grain of salt. While her idea that bear markets battle-test Bitcoin and proves the network more resilient and therefore more valuable in each cycle, her picks haven’t been winners as of late.

The ARK Invest Innovation ETF is down roughly 79% from its peak. But Bitcoin is also down 79% from its all-time high set in late 2021 and has bounced back several times from worse drawdowns.

At a price of $1M per BTC, the top crypto asset by market cap would have to climb more than 6,000% from the current bear market low in less than eight years. Bitcoin has grown by nearly 60,000% in the last eight years, so anything is possible — despite being improbable.

Follow @TonySpilotroBTC on Twitter or join the TonyTradesBTC Telegram for exclusive daily market insights and technical analysis education. Please note: Content is educational and should not be considered investment advice. 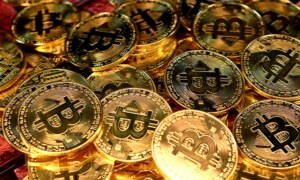 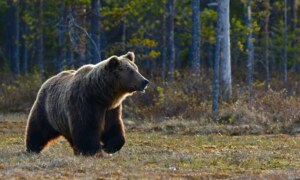